The Schools Representative Cricket match is an annual match played between the ACC Representative team and a Combined Government schools team. The match is usually played on the WACA ground or at Murdoch Cricket Grounds in March each year.

This is a great cricket opportunity and all schools are encouraged to nominate quality players for this highly regarded match. All players selected receive an ACC cricket cap from the association.

Net selection trials are usually held in November/December of the preceding year. A trial squad is then chosen for an intrasquad match in late February/early March of the following year. The final team is then named for the Rep match in March. 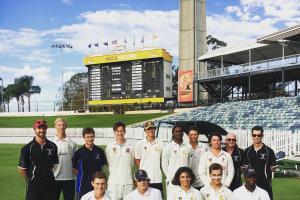