A memorable day was had by all participants involved at the 2019 South West ACC Hockey Challenge in Bunbury on Thursday 20 June. With the brand new turf recently being laid at the Bunbury Hockey Stadium the students were treated to some of the very best hockey surfaces within the state.

The participants enjoyed the competition with some fantastic hockey skills on display throughout the day. The standard of the gameplay was of a very high level with a range of very talented players lining up amongst the school teams ensuring close games were had throughout.

Thankyou to all of the players, coaches, managers, and umpires for ensuring the day was such a success.

The girls competition was extremely even during the pool stage with many games going down to the wire with only goal difference or penalties separating teams in the standings. The Grand Final was played between Bunbury Catholic College and Bunbury Grammar. The final was a game of small margins and a battle between who would capitalise on forward opportunities. Both teams had strong defensive structure and it was Bunbury Grammar who ultimately scored the decisive goal before withstanding a strong effort from Bunbury Catholic in the finals stages of the game to win 1-0.

The boys competition was also a very strong pool. A thrilling game took place between Georgiana Molloy and Bunbury Catholic during the final pool fixture with penalties deciding ultimately which team would progress into the Grand Final. The Grand Final scene was set with defending champions Bunbury Grammar looking for another title and Bunbury Catholic College boys looking to impress after missing out on the grand final last year. Bunbury Catholic College opened the game very impressively and controlled possession and territory for good portions of the final. Bunbury Grammar had opportunities during both the first half and second half and it was a battle of who would take the chance. Eventually it was a 2-1 result giving Bunbury Catholic boys their first ACC South West Hockey Challenge Boys victory since 2016.

Full results can be found through the ACC website: 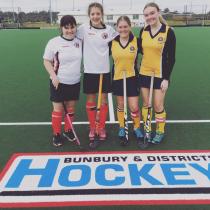 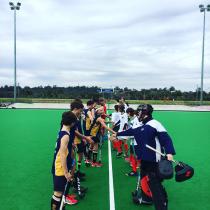 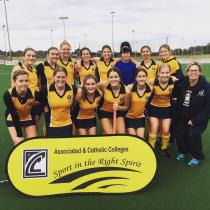 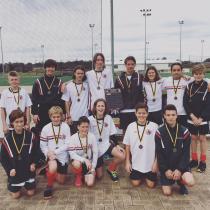