Both teams had many highly talented young players across the court and the game was always going to come down to which team held and maintained the pressure for the full 48 minutes.

Ursula Frayne got off to a flying start with a 12-4 lead at quarter time setting the tempo. The Ursula Frayne defense was providing strong rebound and timely interception from the back court. In the second quarter he Peter Moyes team started to move the ball better through the midcourt and this was eventuating in more scoring opportunties. Ursula Frayne were still holding a strong 22-10 lead at half time.

The second half was a tug of war with each team getting on small momentum runs with back to back goals. Ursula Frayne were determined to keep the hard earned first half lead and the players continued to play strongly for every possession. An 18 -16 second half scoreline showing that the Peter Moyes girls were right in the game, but ultimately, the final score was a 40 - 26 victory to Ursula Frayne in a commanding performance.

Congratulations to Trinity Rond from Ursula Frayne for a brilliant performance in GD. She read the play impressively and controlled the game from the back and middle court winning the MVP award for the Grand Final.

Thank you to Netball WA and the State Netball Centre for their support on the day, and to the umpires and score bench officials.

Results and scores from the ACC Championship Netball Elimination Bracket can be viewed via the following links; 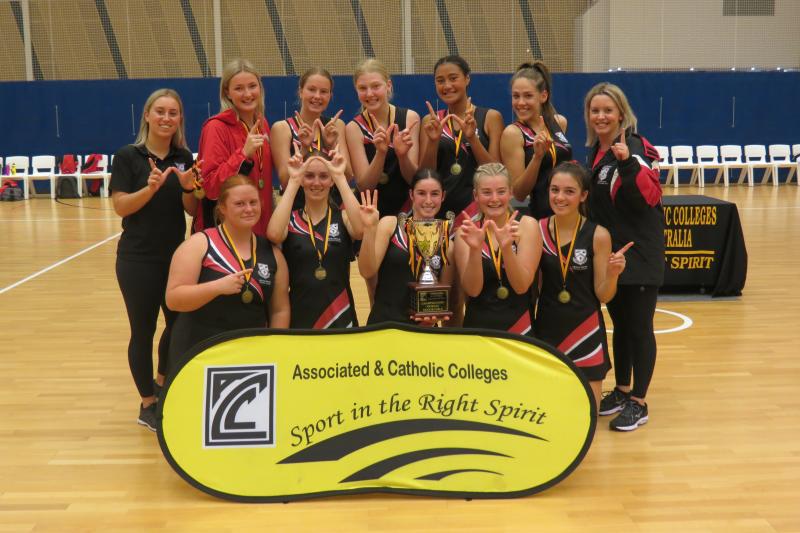