Congratulations to all players and coaches that were involved in the 2019 ACC Year 7 Super Series - West Coast Fever Shield!

The West Coast Fever Shield was proudly partnered by Netball WA and it was a fantastic day packed full of fun filled netball games and competitive Year 7 teams.

The West Coast Fever Shield was held at the Gold Netball Centre and had 16 ACC schools placed into four pools battling it out. Some exciting netball was played during the pool stages with some of the best 13 and 14 year old netball talent within the ACC schools on display. Crossover finals occurred across each pool with special mention to the four highest ranked teams that topped the group stage and made it into the West Coast Fever Shield Semi Finals: Sacred Heart, Kingsway, Mercedes and Frederick Irwin.

The Grand Final was played between Mercedes College and Kingsway Christian on Showcourt Court 1 in front of a great crowd with many spectators and teams watching. The Mercedes girls played some electrifying netball jumping out to a strong lead at half time thanks to some exceptional passing and great shooting in the attacking area. The Kingsway girls showed excellent spirit and determination to play the game right to the end, however, Mercedes showed that they have some young netball superstars rapidly on the rise and are to be congratulated on a very strong performance across the day.

Congratulations to all teams and a full list of the 2019 Super Series Results can be found through the ACC Website. 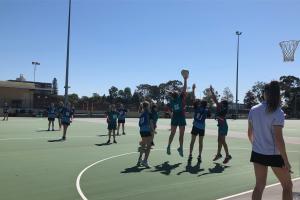 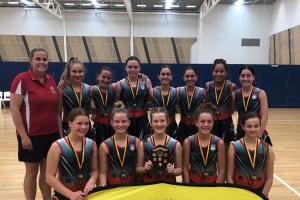