Congratulations to the ACC Netball Team for their stellar performance in the All Stars Netball Inter-Association Tri-Series Competition held on Sunday 17 October at the Gold Netball Centre.

This year the competition between all 3 teams was strong and led to close match results. It was a wonderful showcase of the netball talent within our schools and a pleasure to watch such a high standard of netball.

Going into the final round, each of the 3 teams were still a possibility to win the series, but it was the IGSSA team, defeating both other teams by just 1 goal, who emerged overall champions and took the cup this year.

We are grateful to Netball WA, for endorsing and facilitating this annual event.

Thanks also to Trinity Rond, member of the 19U State Team, the Open Western Roar WANL team, and past ACC All Star Netballer multiple times, for attending to be part of the presentation ceremony. 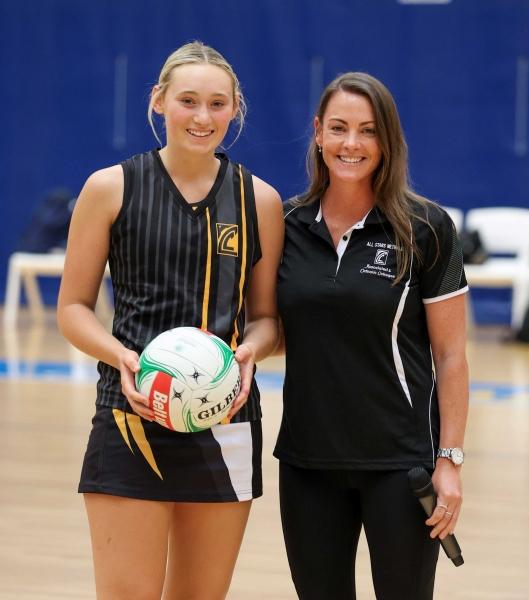 Congratulations to Tayla Styles, the deserving recipient of the Coach’s Award.