Today the ACC Boys Hockey Challenge produced some excellent games with boys displaying some amazing skills, team comradery and all played in a wonderful spirit.

All teams played 5 rounds of hockey in their respective pool prior to the Semi Finals. 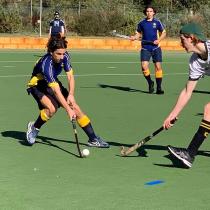 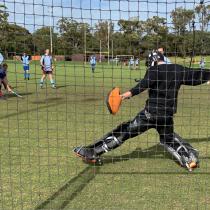 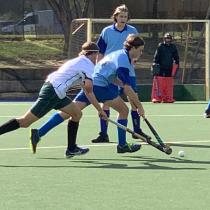 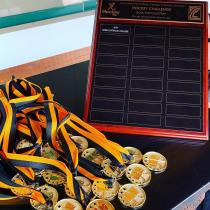 Newman College and 2019 surprise team, Ursula Frayne did extremely well throughout the morning in Pool A.  John XXIII College finished on top and CBC Fremantle coming in second with only goal difference in Pool B.

Over the years, both John XXIII College and CBC Fremantle have come away winners at the Boys Hockey Challenge. John XXIII and CBC had drawn their round game during the day. So it was always going to be a tough Grand Final to win.

John XXIII scored an early first goal with CBC quick to follow with an outstanding shot. 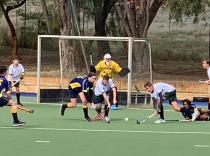 However, in the second half, John XXIII College consolidated their position by scoring a further two goals to win the 2019 Metro Boys Hockey Challenge for 2019. 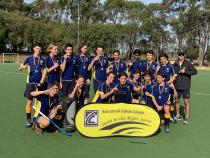