Congratulations to the following students that have been awarded their ACC Letters in the twenty fifth round of qualification following the 2021 Swimming Carnivals and Representative Cricket match. To achieve letters a student must be selected in the ACC All Star team for Swimming, Cross Country, or Athletics for at least 4 years. For Basketball, Cricket and Netball the qualification is 3 years. Students marked with an * have qualified in more than one sport. 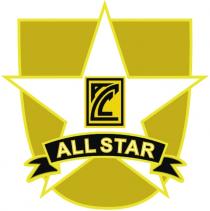 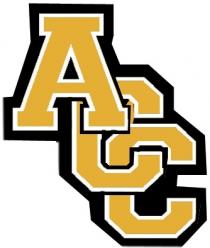 ACC All time “All Stars” and Lettermen Club lists can be checked on the web at: http://www.accsport.asn.au/carnivals/all-stars

The awarding of "ACC Letters" is the highest individual accolade awarded by the ACC. To receive "Letters", a student must be selected in an All-Star team in the same sport for a minimum of four years for Athletics, Cross Country and Swimming and 3 years for Basketball, Cricket and Netball. . The number of years does not have to be consecutive, but the years are not cumulative across sports.

Letters can only be achieved by All Star selection in the same sport for at least 4 or 3 years.

Letters can be achieved in multiple sports if the student meets the qualification criteria of four/three-year selections in each sport.

Letters are awarded for the three major carnival sports: Athletics, Cross Country, and Swimming. Letters are also awarded for All Star Representative teams in Basketball, Cricket and Netball.

Letters awards commenced in 2013 with the starting qualification period dating back to 2009.

Only students currently enrolled in an ACC school are eligible to receive Letters.

Students that graduated before 2013 are not eligible to receive letters.

Schools will cover the cost of the Letters award frame for any student from their school that qualifies.

Students that are awarded letters will be presented with a framed "ACC Letter" as a memento of their outstanding achievement and will also become members of the exclusive ACC Lettermen Club.

Students can check their All-Star Letters status on the All-Time All-Star list on the ACC web site. The file will display each student that has been selected in an All Star or representative team since 2009. The sport, student name, school, year selected, and number of selections will be displayed. If you have achieved selection in the same sport for at least 4 or 3 years, then you are eligible to receive your ACC Letters.

Students that are awarded letters will be presented with a framed "ACC Letter" as a memento of their outstanding achievement and will also become members of the exclusive ACC Lettermen Club. The "Letter" is a stylized chenille embroidered patch in a collegiate letterman jacket style. The letter is framed in a shadow box which includes a plate with the name and achievement listed. Sport pins are added to the box to designate the sport. Students only ever receive one framed Letter and if they achieve the feat of multiple sport letters, they will only receive an updated name/achievement plate and additional sport pin to be added to the box.