Congratulations to all member schools that were involved in the 2021 ACC Championship Senior and Junior Girls & Boys Basketball that has seen memorable grand finals over the past few weeks at Warwick Stadium.

The ACC Championship is the pinnacle of secondary school aged Girls & Boys Basketball within the association and had over 66 ACC member schools involved in 2021 from the metropolitan and south-west of WA.

Congratulations to the teams that progressed through to the elimination knockout championship phase where many thrilling games were played be it the Round of 16, Quarter Final or Semi Final stage. It is great to see many member schools being able to host these elimination games in school gymnasiums and having different regional schools that they may not be used to playing visit the school for these high quality games.

A big thankyou to all competing schools for remaining committed and flexibile during the early elimination phase in Term 2 when the competition had some initial postponements due to the WA COVID restrictions.

The Grand Finals in the Juniors were played on the 25 May and were fantastic games to finish off the Junior Championship. The Junior Girls Grand Final between Aranmore and All Saints' had a thrilling scoreline with the teams almost unseparable after 40 minutes of fully timed basketball. The Junior Boys Grand Final had last years junior boys champions Corpus Christi up against Kingsway Christian and was a wonderful battle between two high quality squads stacked with elite young talent. Congratulations to MVP players Stella Gregory (Aranmore) and Banjo Fitch (Kingsway) for being influential players that turned the grand final games with very strong performances.

The Grand Finals in the Seniors was played on the 15 June on Showcourt Court 1 at Warwick Stadium. The crowd and atmosphere was electric with all grand final teams to be commended for bringing spectators and adding to the grand final festival!

Up first was the Senior Girls Grand Final with St Norbert shooting the lights out to start the game in the first quarter before Kennedy Baptist flicked the defensive switch and started to pressure St Norbert with an amzing full court press and man on man defense. Kennedy controlled the game from this point forward and the team ball movement and chemistry between the Kennedy girls was a delight to watch. A special grand final MVP performance from Kyrah Daniels (Kennedy) who was literally guarding all five positions and a major offensive threat taking Kennedy to the Championship trophy.

The Senior Boys Grand Final was a repeat of 2020 with Kingsway aiming for back to back Championships against John Septimus Roe. The game was a highlight reel with some amazing plays and offensive shooting from both teams. Kingsway opened up what would turn out to be the match winning lead in the 2nd quarter with some great team passing and driving. John Septimus Roe contnued to press in the second half and got the margin to under 10 points near 3 quarter time but that was the final opportunity with Kingsway holding firm throughout and hitting some deep 3's to seal a memorable back to back championship. Ethan Elliot was back at it again causing all types of havoc for the John Septimus Roe defenders in claiming the Grand Final MVP. A star that is rapidly on the rise!

Congratulations to all schools and a full list of the 2021 Results can be found through the ACC Website. 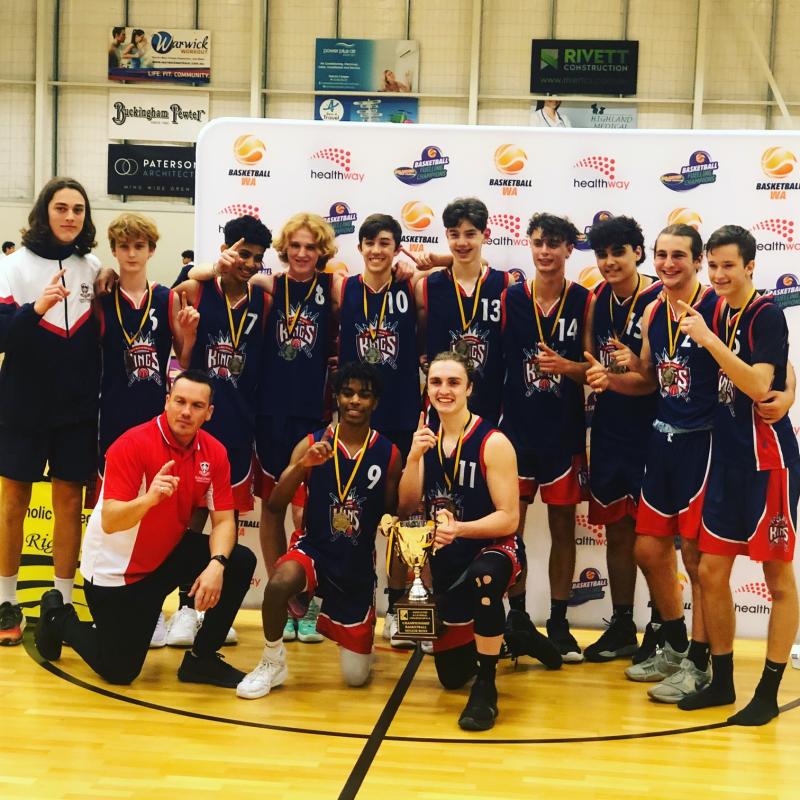 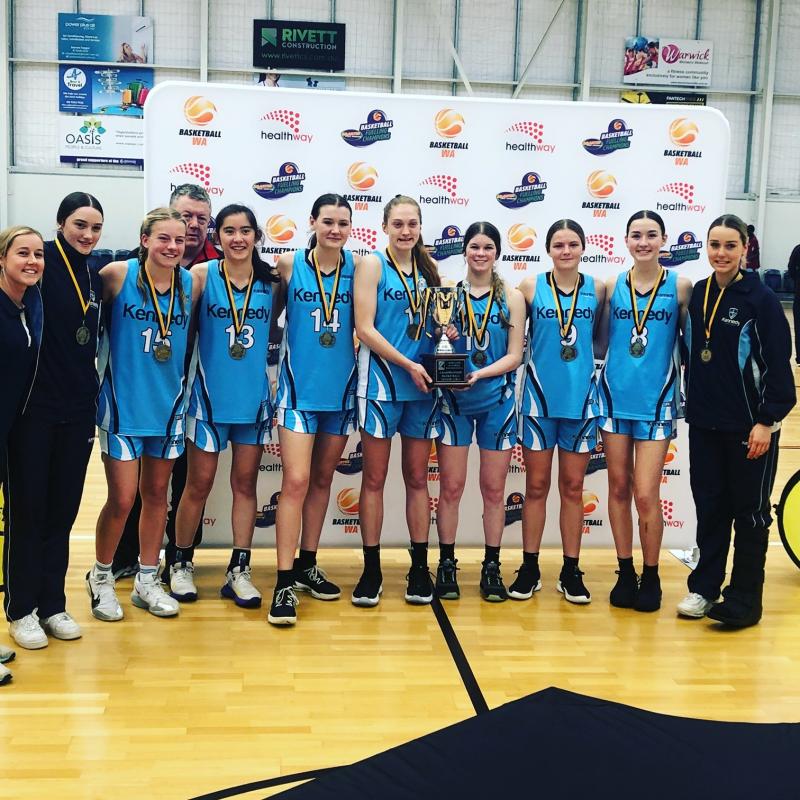 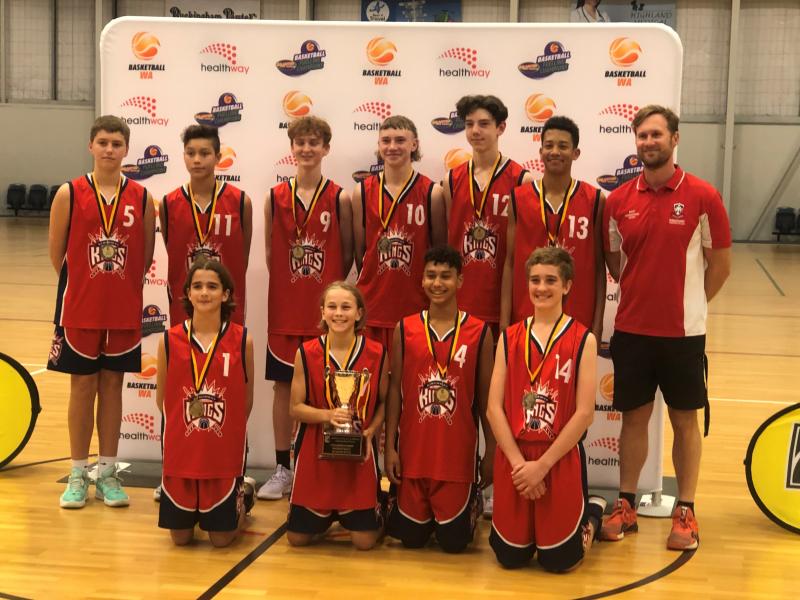 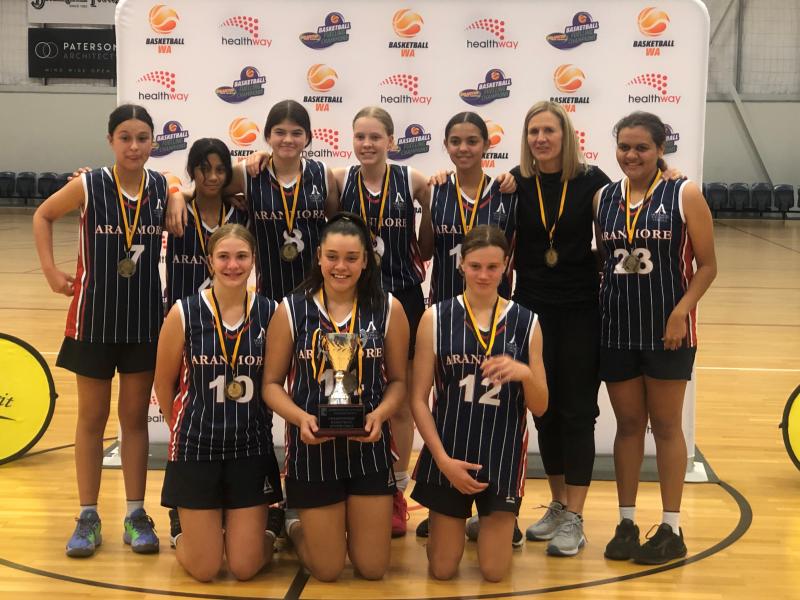 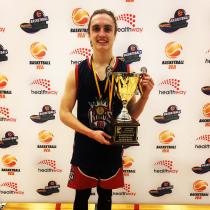 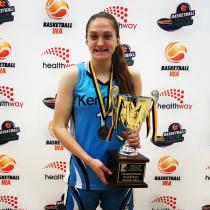 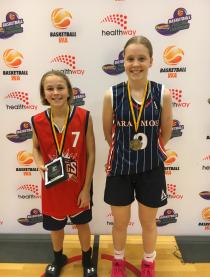