Congratulations to all teams that were involved in the 2019 Year 7 Super Series - BWA Challenge. The Basketball WA Challenge was played at two venues across Perth with Warwick Stadium and Bendat Stadium used for the group stage on Tuesday 23 October.

The standard of basketball on display from the Year 7 students this year was exceptional and all teams are to be highly commended. The offensive teamwork and ball movement was outstanding including some talented 3 point shooting and driving to the basket.

Chisholm girls progressed through the Warwick Stadium group and into the Girls BWA Grand Final. They had good competition from Kennedy and Sacred Heart during the pool games but managed to find enough defensive stops and offensive power to score when required. Kennedy Baptist progressed from the Warwick boys group with a very strong all round performance across the day. Sacred Heart and Kingsway were also strong teams in the boys with some excellent perfomances and talented players taking to the floor.

At Bendat Stadium the results were once again close through the group stage games. Four evenly balanced boys teams in All Saints', CBC Fremantle, Frederick Irwin, and St Norbert battling hard to earn the right into the BWA Final against the Warwick Stadium winners. All Saints' eventually coming out on top through some oustanding team basketball and strong rebounding in the final minutes of the crossover round with a thrilling victory over CBC. In the Bendat girls group a battle between All Saints' and Bunbury Catholic was nailbiting with only a couple of points separating the final result which could have easily fallen either way. Bunbury Catholic eventually holding their nerve in the final minutes to seal a berth in the BWA Challenge Girls Final.

Both teams came out breathing fire in the first quarter which had the score at 16-14. The level of play was very high and both teams were maximising scoring opportunities and running the ball fast down the floor. The second and third quarters were also tightly fought with Chisholm slowly but surely opeing up a 6-10 point margin. The final quarter was frenetic with Bunbury Catholic applying excellent defensive pressure in the final minutes to bring the margin back to within one basket. Chisholm eventually taking a thrilling final in the final minute of regulation time..

Kennedy Baptist jumped away to an early lead in the boys final thanks to some excellent shooting and great passing. The All Saints' team started to find a better range with their shooting while tightening up on the defensive side of the ball during the second quarter. They began to claw back into the game with much of the third quarter lead hovering around 10-12 points. The Kennedy boys kept the strong pressure up for the full four quarters and this secured the 2019 BWA Boys Challenge in a commanding performance. 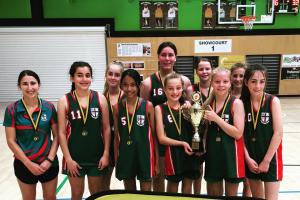 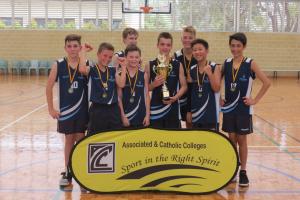 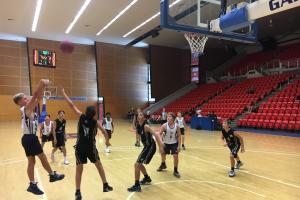 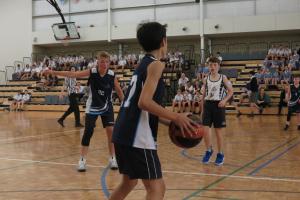 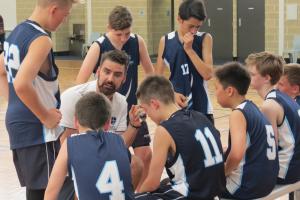 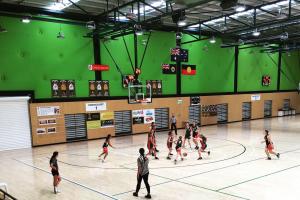