It was an absolute classic game of football played to complete the ACC Year 7 Super Series for 2017!

Both teams are to be congratulated for the teamwork and determination throughout the match. The game was played with excellent spirit and it was a very enjoyable spectacle for the parents and spectators. 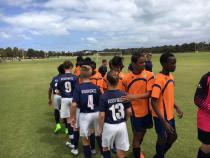 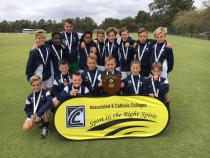